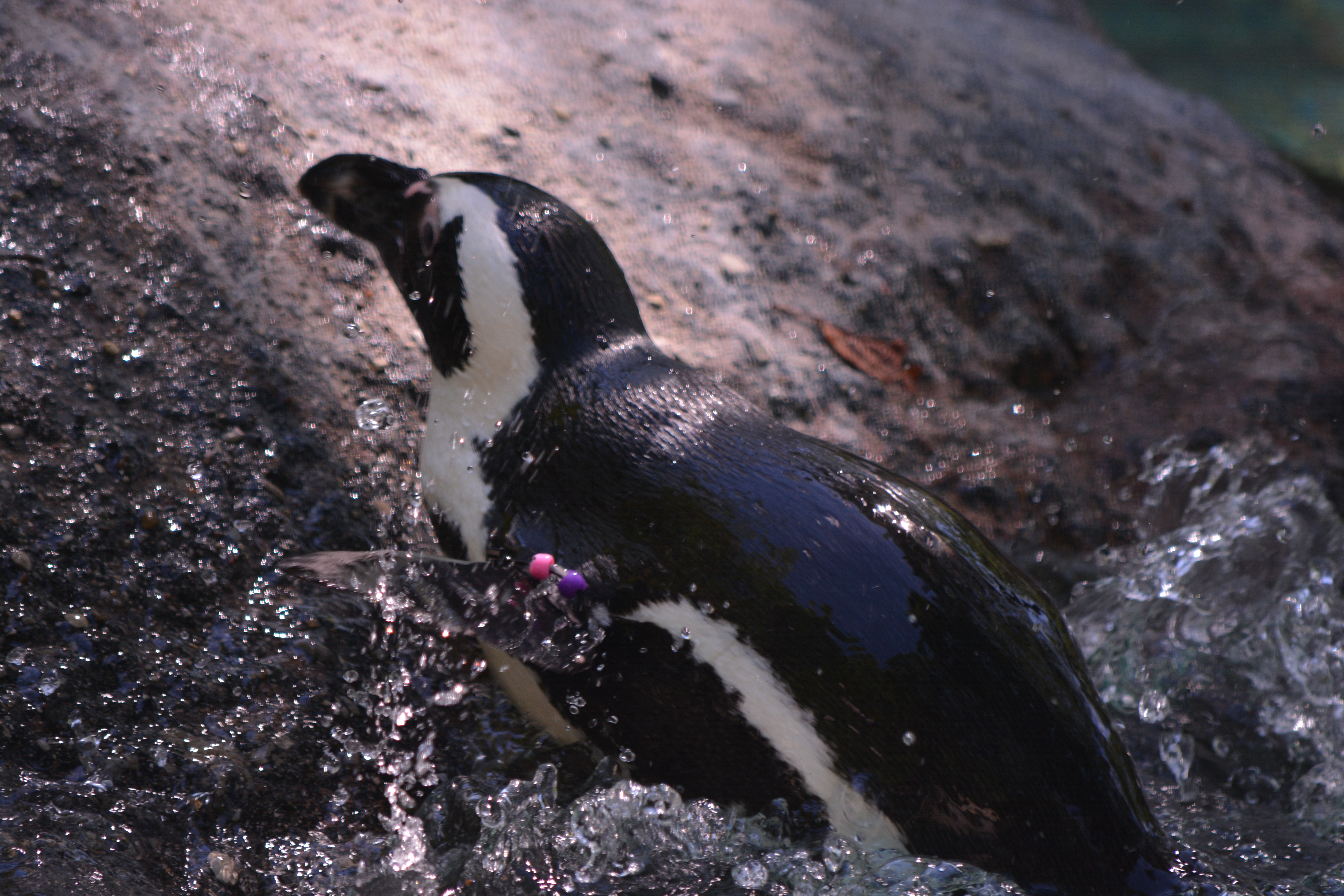 It’s true! They’re the only species of penguin in Africa, but the black-footed penguin lives in colonies on 24 islands between Namibia and Port Elizabeth, Africa. New colonies have also been established on the African mainland along the coast of the Western Cape Province in South Africa. The climate there is very similar to that of Indiana, with warm summers and cold winters.

Other than the occasional small crustacean (crab, shrimp, etc.), penguins eat fish. Lots and lots of fish. When you come to the Zoo, you may get to see us toss a fish or two at the penguins as a treat.

Thanks for dressing up!

Penguins’ feathery body coverings are often compared to tuxedos based on their black and white patterns. The African penguin has a broad black band about 1 inch (2.5cm) in width that runs in an inverted horseshoe shape on its chest. The face has a broader white band on the cheeks.

Wait, are you sure they live in Africa?

It’s a common misconception that penguins only live in cold, icy places. While many penguin species live in Antarctica, some, like the Galapagos penguin, live in the tropics! All 17 types of penguins live south of the equator, so you’ll never see penguins and polar bears (which live in the Northern Hemisphere) together.

What is that noise?

The African penguin can often be heard making a loud donkey-like braying noise.