What Strong Jaws They Have!

Alligators can jump out of the water’s edge up to five feet to snatch a meal. When capturing food, the gator’s powerful jaws clamp down on the prey. Then the gator drags the prey into the water and rapidly barrel-rolls under the water to drown it.

A Weakness? Not so fast…

While the alligator’s jaws can snap shut with incredible force, they possess few muscles to open the mouth. That is why the alligator’s mouth can be easily held closed to treat or relocate an animal safely. However, while the gator’s mouth is secured, its thrashing tail becomes a much more dangerous weapon.

Alligators were once endangered in the United States. But strong laws and careful management brought this species back from the brink of extinction. The population of alligators is now stable. 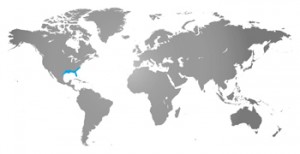