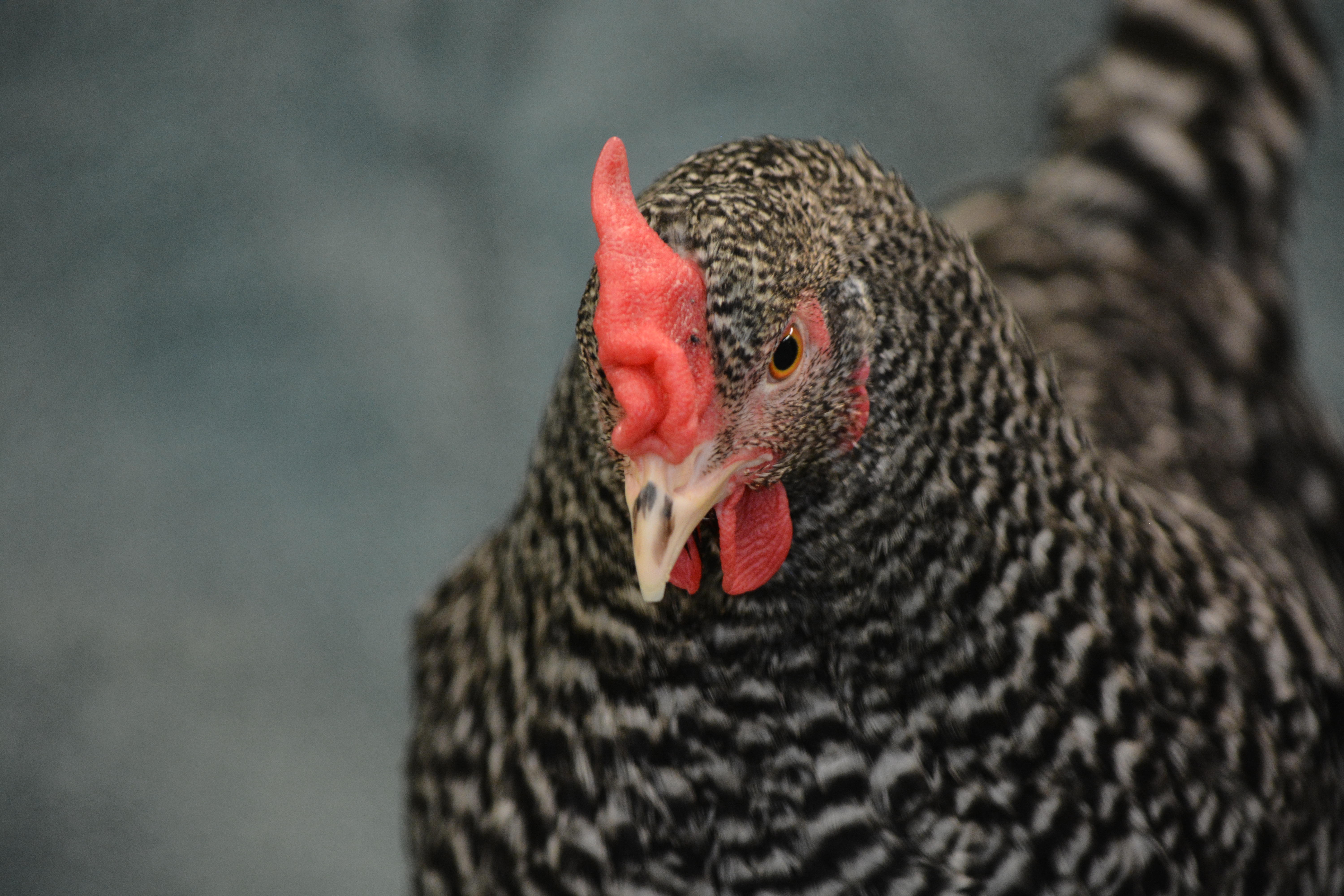 Where do the chickens really sleep at night?

Contrary to their reputation, roosters are generous when it comes to food-the cocky males may call to their chickens when he finds food, prompting them to eat first. (This behavior is seen with hens and their chicks.)

The chicken was thought to be domesticated more than 10,000 years ago where the Indians and later the Vietnamese bred chickens for meat, feathers and eggs.

There are at least 25 billion chickens worldwide, which is the highest population of any bird in the world.

Chickens are very sociable birds and are at their happiest when surrounded by other chickens. In one chicken flock there can be any number of hens but generally only one cockerel who is the dominant male.

But the females are tough too!

In the wild, they often scratch at the soil to search for seeds, insects and even larger animals such as lizards, small snakes or young mice.[14]

Chickens are gregarious birds and live together in flocks. They have a communal approach to the incubation of eggs and raising of young. Individual chickens in a flock will dominate others, establishing a “pecking order.”

When a rooster finds food, he may call other chickens to eat first. He does this by clucking in a high pitch as well as picking up and dropping the food. This behavior may also be observed in mother hens to call their chicks and encourage them to eat.

To initiate courting, some roosters may dance in a circle around or near a hen (“a circle dance”), often lowering his wing which is closest to the hen.[18] The dance triggers a response in the hen[18] and when she responds to his “call”, the rooster may mount the hen and proceed with the mating.

Development of the egg starts only when incubation begins, so they all hatch within a day or two of each other, despite perhaps being laid over a period of two weeks or so. Before hatching, the hen can hear the chicks peeping inside the eggs, and will gently cluck to stimulate them to break out of their shells. The chick begins by “pipping”; pecking a breathing hole with its egg tooth towards the blunt end of the egg, usually on the upper side. The chick will then rest for some hours, absorbing the remaining egg yolk and withdrawing the blood supply from the membrane beneath the shell (used earlier for breathing through the shell). It then enlarges the hole, gradually turning round as it goes, and eventually severing the blunt end of the shell completely to make a lid. It crawls out of the remaining shell, and its wet down dries out in the warmth of the nest.

The hen will usually stay on the nest for about two days after the first egg hatches, and during this time the newly hatched chicks live off the egg yolk they absorb just before hatching. Any eggs not fertilized by a rooster will not hatch, and the hen eventually loses interest in these and leaves the nest. After hatching, the hen fiercely guards the chicks, and will brood them when necessary to keep them warm, at first often returning to the nest at night. She leads them to food and water; she will call them to edible items, but seldom feeds them directly. She continues to care for them until they are several weeks old, when she will gradually lose interest and eventually start to lay again.