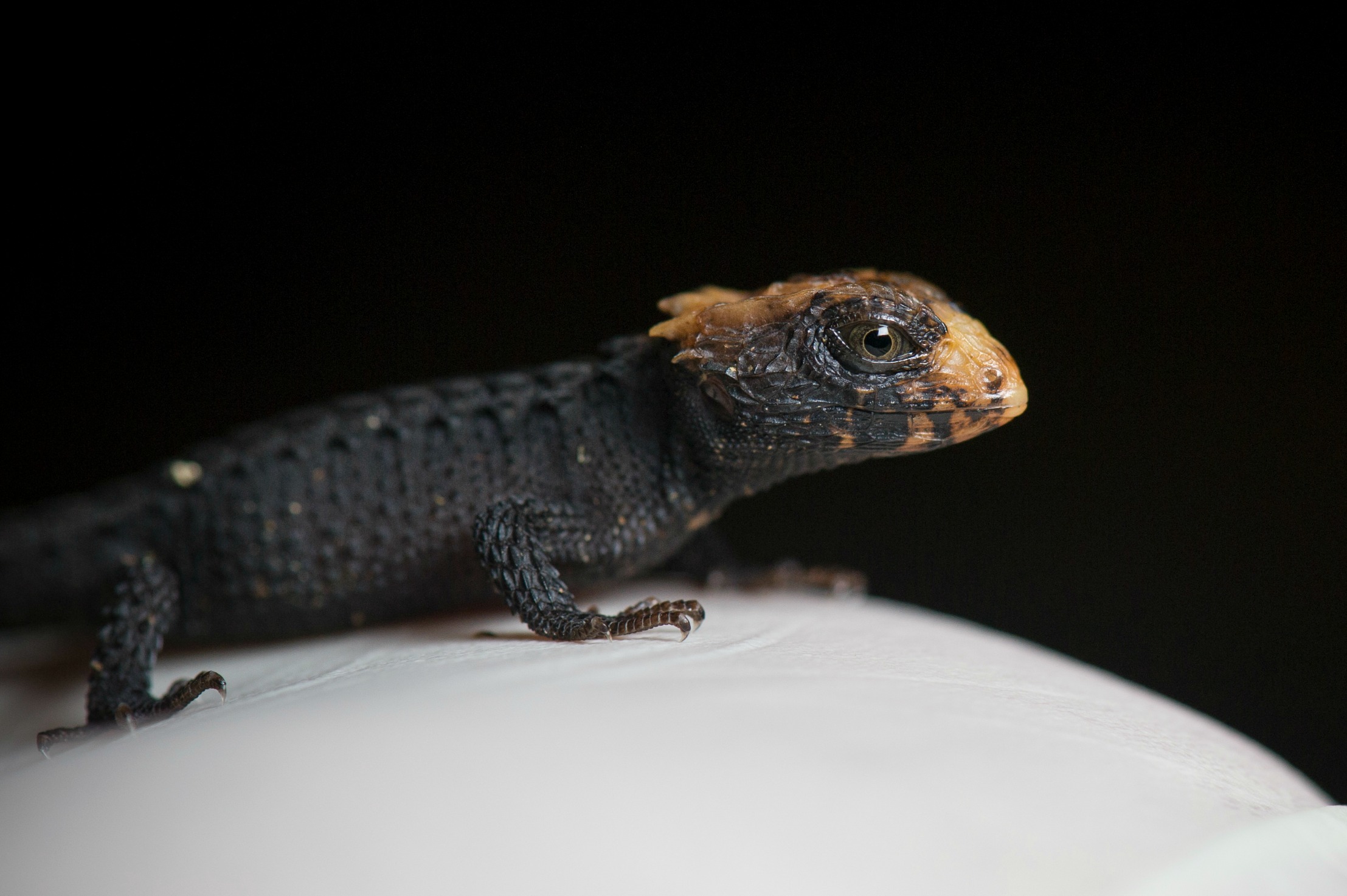 Just like crocodiles, crocodile skinks have four lines of plated spines on their backs. Their heads also have bony plates, like a helmet. All of these plates act as a suit of armor to protect the lizard from predators.

Crocodile skinks are one of the only lizards, other than geckos, that can use their vocal cords. When they are threatened, they make a sound similar to a bark or a squawk.

Her one and only

Lose the tail and freeze!

This scaredy-lizard doesn’t like to fight. If a predator threatens this lizard, the crocodile skink barks first. If the predator doesn’t flee or attempts to grab the skink, it will vomit and lose its tail before falling over and freezing. Most predators think their prey is dead and will give up. After the skink is done “playing dead,” it will eventually grow its tail back completely.

Crocodile skinks were only discovered recently (early 1990s) on the island of Papa New Guinea. Scientists still don’t know much information about this skink species. Maybe one day you could help discover more about crocodile skinks! 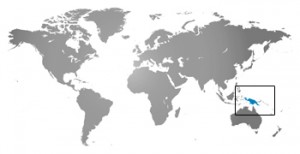