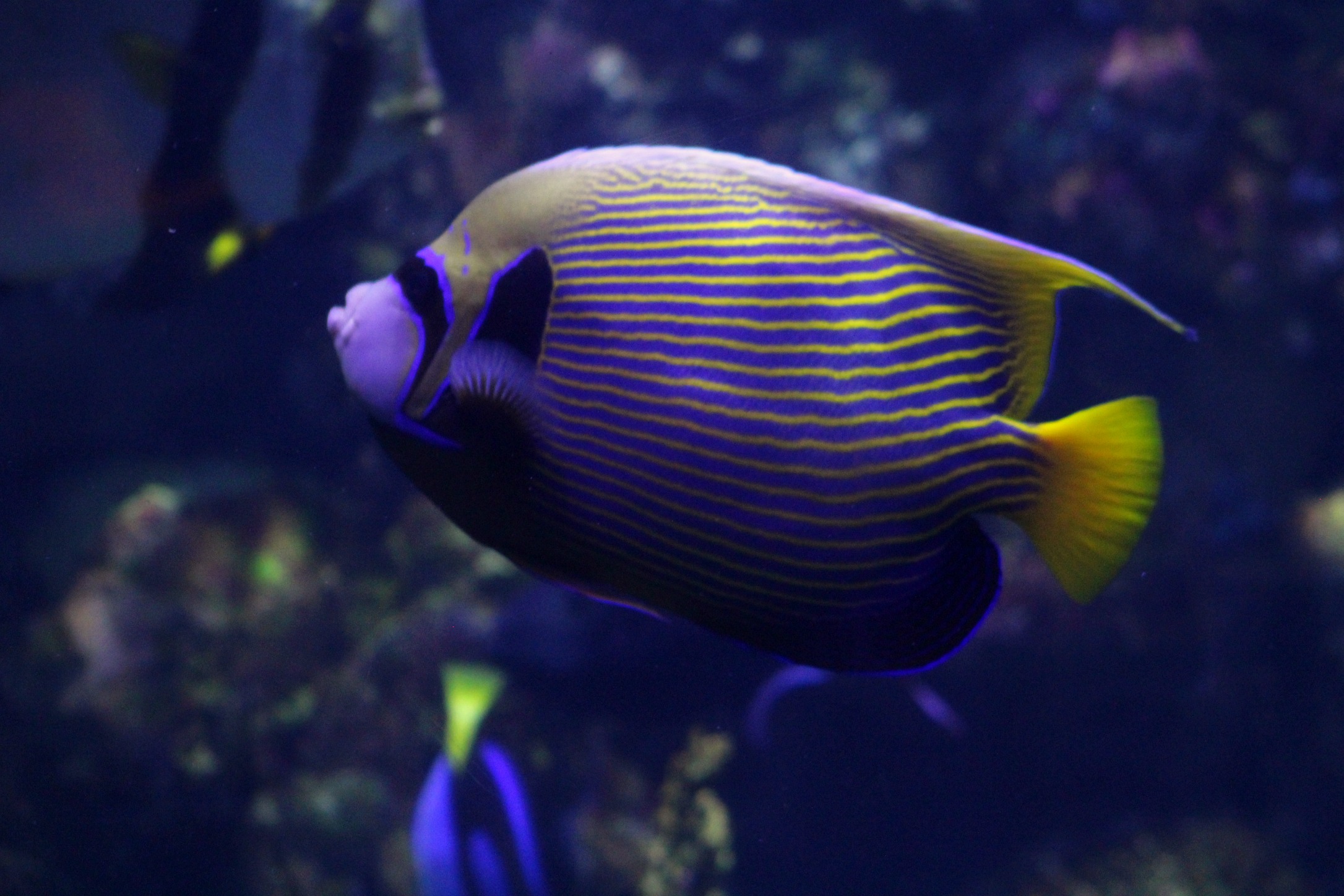 Emperor angelfish hide in caves and under ledges. They stay near reefs and surge channels where they can escape predators easily. They are native to the Indo-Pacific Ocean and can be found from the East Africa all the way to the Hawaiian Islands.

In the wild, most emperor angelfish swim alone. Occasionally, a male with one or two females or a juvenile will be spotted together, but rarely with another mature adult male. Emperor angelfish are aggressive and territorial on the reefs, especially towards smaller fish like clownfish. In captivity, emperors are more peaceful.