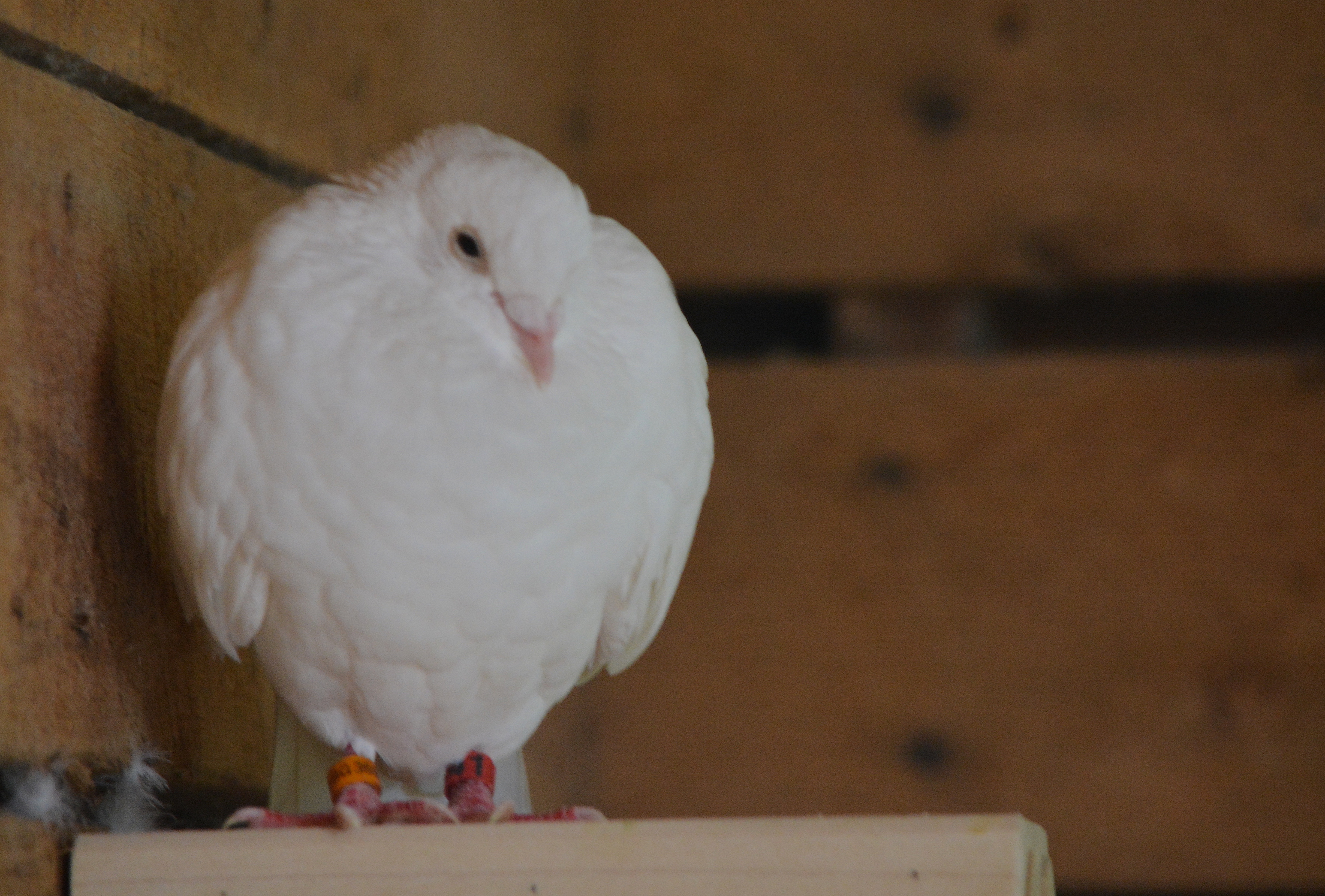 A Fantail Pigeon’s diet consists of a variety of grains, seeds, greens, berries, fruits, and occasionally insects, snails and earthworms. In zoos, they will eat a mix of commercial grain, bird seed and various types of produce and greens.

As a domesticated subspecies of Rock Dove, Fancy Pigeons’ range extends throughout the world with its native home range occurring in the Middle East  and parts of Northern Africa. However, humans have introduced the species and subspecies to Europe, North America and parts of Australia and South America as well.

Domestic Pigeons can usually be found in city and suburb settings as they are opportunistic foragers. Although they mainly eat invertebrates in a natural setting, the abundance of food given by humans in an urban setting, as well as copious places for nesting make cities and suburbs an excellent place for this species.

No other domestic animal has branched into as many breeds as the Fancy Pigeon, which currently includes over 800 breeds used for Pigeon shows around the world. The 2006 German National Pigeon Show had over 33,500 pigeons entered.