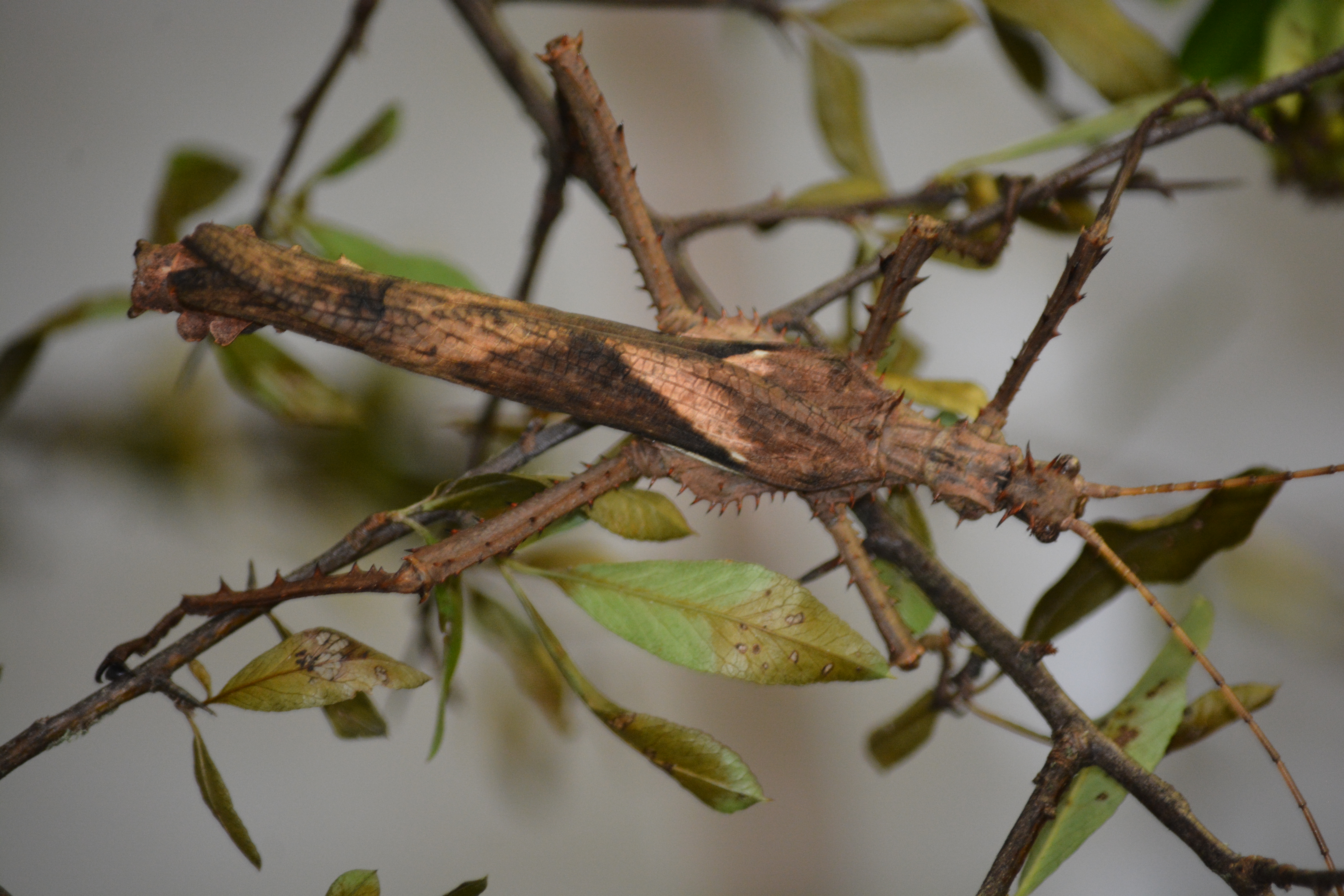 The adult females are bright green, very large and have a very wide body. Their wings are really short and lay like a cap on the back of the insect. The males are long and slender and are brown with beige in color. Their wings are very long and extend all the way down its abdomen. Both sexes have small spikes on their head and body, but the female has more of them. The nymphs of both sexes are similar in color until about L7, they are brown with white-beige patches and the females become more beige-brown every molt while the males keep their patchy look. The hind wings of both sexes are pink to red, with the males also having black stripes (or kind of webbing) on these wings.

The females reach an length of 15 cm and are the second heaviest insect in the world (the first is a big beetle). The males 10 cm in length, quite light and able to fly. She will stay like this all her life, while the male will never become green. When the male matures he will have long wings, the female will have only small wings that cannot be used to fly.

Depending on the gender, these fascinating insects resemble either leaves OR twigs.

The body of a female Malaysian walkingstick (pictured at left) looks just like a green leaf, while the smaller male does a great impersonation of a brown twig. Both have evolved these clever body shapes to escape detection by predators. When they sit very still in a bush or tree, they look just like the plant they’re sitting on. If by chance they’re attacked by a predator, the insects can still defend themselves by kicking out with their sharp, spiny legs.

The Malaysian walkingstick is also known by the more exotic name “jungle nymph.”

When threatened, the female will lift her abdomen into the air, positioning herself into a hand stand position with her two back legs splayed from side to side. Those legs, you see, are armored with thick, sharp spikes that she uses to fend off predators. If anything approaches her, she will make a loud rustling noise with her tiny, underdeveloped wings (only males have wings that allow them to fly) to alert the predator that a spiny attack is coming. Then, if the predator refuses to leave, she will quickly snap her spiked legs onto the offender. Often times, this can draw blood.

How do they lay eggs?

At the bottom of the enclosure you need to place a layer of moist soil, sand or potting earth. The female lays her eggs in the soil with her ovipositor. 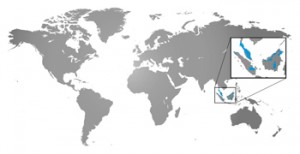