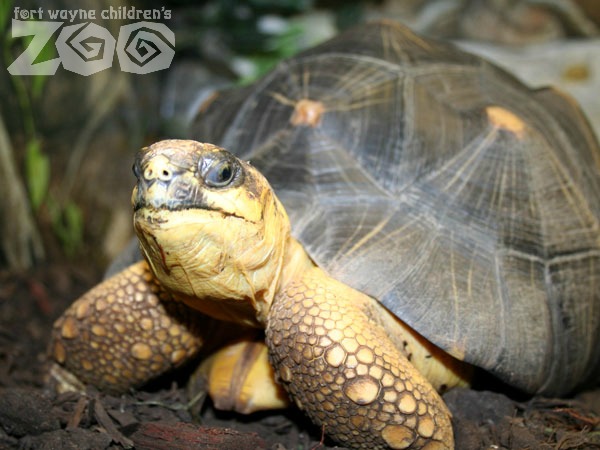 Where can Radiated Tortoises be found?

They can be found on the island of Madagascar. Their habitat has been suffering due to the land being cleared for charcoal production and short-term unsustainable development. Other threats due to being Critically Endangered include being collected for the pet trade, and poaching.

What are some characteristics of Radiated Tortoises?

The pattern on the shell is very distinct. They have a dark carapace (shell) which is marked with yellow lines that radiate from the center of each plate. As they mature more the dark pigments in the shell starts to fade, which creates a lighter color shell. The Radiated Tortoise’s legs, feet and head are yellow in color too but they have a dark patch on the top of their heads. Males have a longer tail and a notch in the under shell, below the tail.

Radiated tortoises eat on vegetation such as leaves, grass, flowers, fruit, and cacti. When there are dead leaves on the ground this also makes up a substantial part of their diet.

When it is breeding season, the males try fight one another and knock each other over so that the other is on its back. To initiate courtship the male will do a head-bobbing display and then they will smell the female’s hind legs. Females will eventually lay her clutch of 3 to 12 eggs in a nest that they dug into the ground. These eggs are laid at the end of the wet season which is between February and April. The eggs are in incubation for 5 to 8 months. 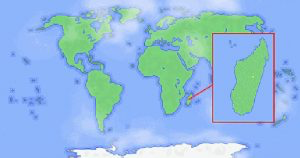