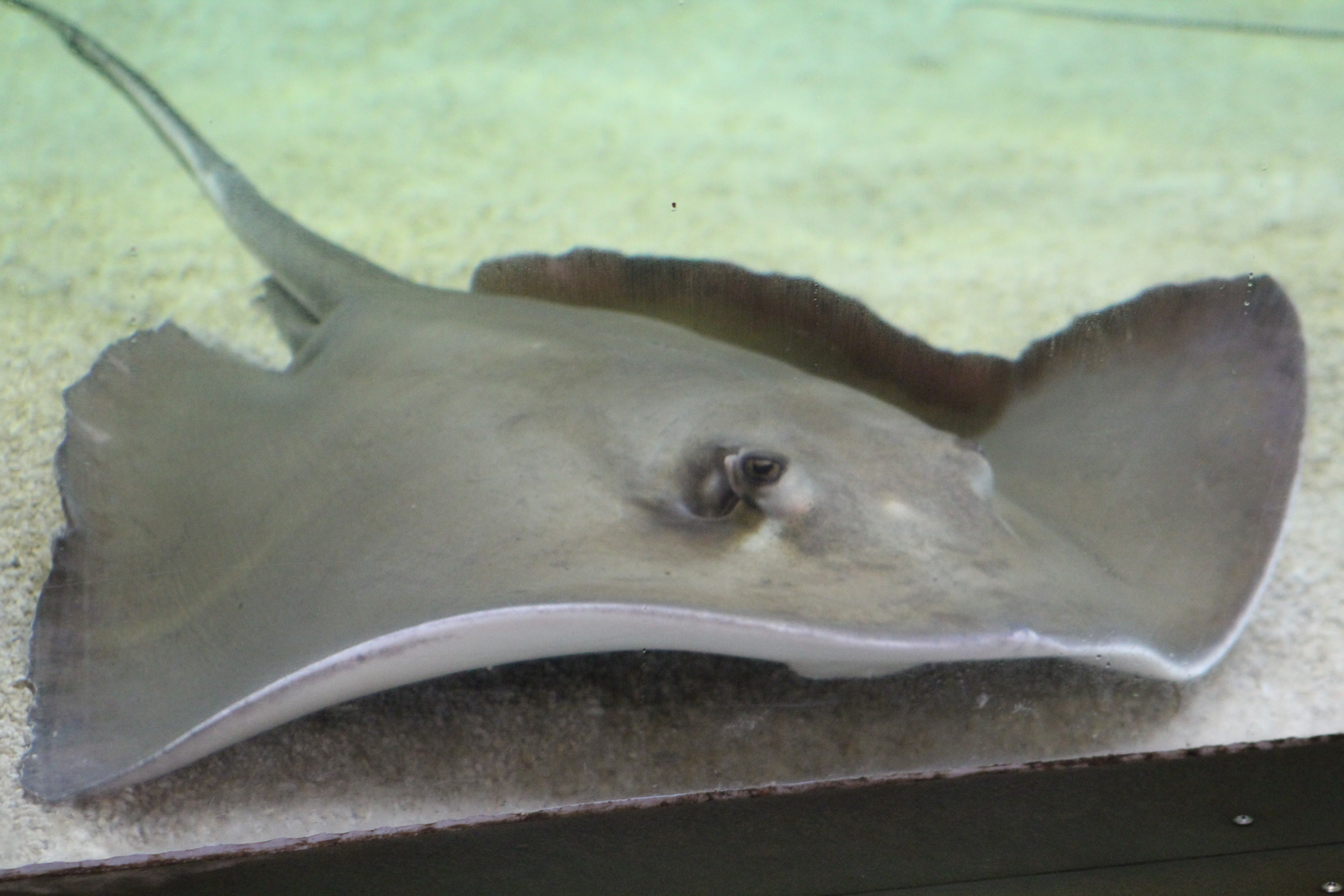 What are some characteristics of a Southern ray?

The wing-like pectoral fins are used to propel the stingray across the ocean bottom, whilst the slender tail possesses a long, serrated and venemous spine at the base, used for defense (4). These spines are not fatal to humans, but are incredibly painful if stepped on. The eyes are situated on top of the head of the Southern stingray, along with small openings called spiracles. The location of the spiracles enables the stingray to take in water whilst lying on the seabed, or when partially buried in sediment. Water enters the spiracles and leaves through the gill openings, bypassing the mouth which is on the underside. The tail can be twice as long as the body.

What do Southern rays eat?

The Southern stingray is an active swimmer that feeds primarily at night, on a diet of invertebrates and small fishes. It feeds by flapping the wing-like pectoral fins to disturb the sand and expose the prey.

Southern stingrays feed on shellfish, worms, shrimp, crabs and small fish along the sandy ocean bottom. To locate their food, they use electroreceptors on their snouts as well as their excellent senses of smell and touch. Then they uncover prey by blowing water out through their mouth and flapping their “wings” over the sand.

Other species of fish are known to follow the Southern stingrays as they feed because they stir up extra bits of food as they go.

Where can you find southern stingrays?

Southern rays can be found in the tropical and subtropical waters of the western Atlantic Ocean, the Caribbean and the Gulf of Mexico, down the coast to southeastern Brazil. They make their home in shallow coastal waters to a depth of 180 feet and prefer lagoon or coral reef habitats where there are sandy bottoms and seagrass beds.

Southern stingrays visit cleaning stations where bluehead wrasses and Spanish hogfish eat parasites and mucus from the stingrays’ bodies. Southern stingrays can be found in singles, pairs and sometimes in loose aggregations.

If you travel to stingray habitats, like the Cayman Islands, remember to shuffle your feet through the sand when you’re wading in the water—these shy animals will simply swim out of the way. Never try to touch or harass stingrays or other ocean animals. By being respectful of their lives and homes, you’ll help protect their populations for the future.