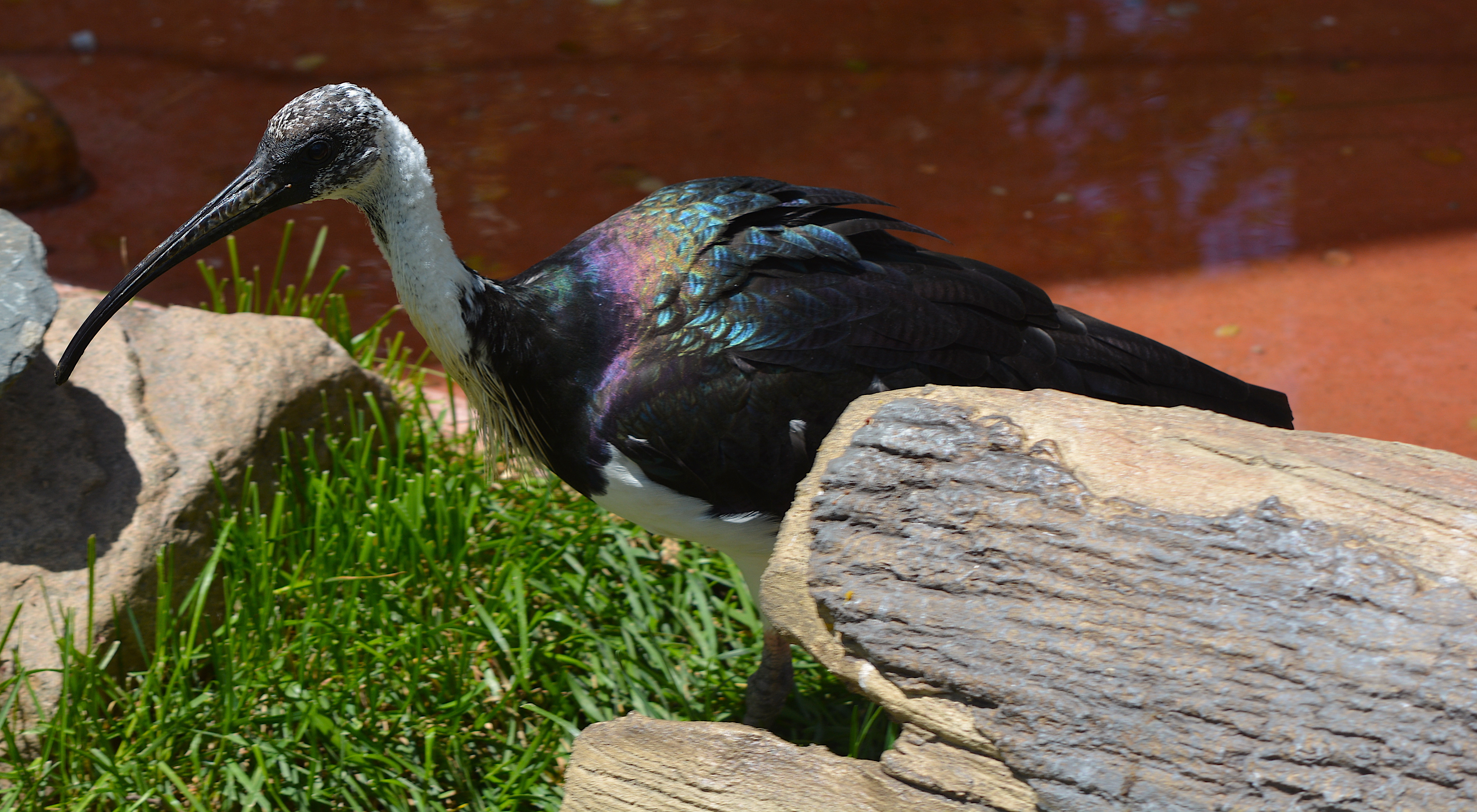 The Straw-necked Ibis is a large waterbird with a naked black head, long down curved black bill and a yellow throat plumes. It has a glossy blue-black back, with metallic purple, green and bronze sheen, a white nape and sides of neck and white underparts. It prefers grassland insects such as grasshoppers and locusts.

The strawlike neck feathers distinguish the Straw-necked Ibis from other ibises. When flying, it has a white body and black wings, while the Australian White Ibis has a black head with body and wings.

Where do Straw-necked Ibis live?

The Straw-necked Ibis is found across mainland Australia. It is vagrant to Tasmania and is also found in Indonesia, New Guinea, Norfolk Island and Lord Howe Island.  The Straw-necked Ibis prefers wet and dry grasslands, pastures, croplands and swamp or lagoon margins. It is rarely found on coastal shores, mudflats or mangroves and is generally less adaptable than the Australian White Ibis.

What are the nests made from?

The nest is situated in seasonally flooded areas, which provide to this species important food resources. The nest is built in low bushes, or well-hidden in reed beds. Both adults build the nest, and usually, male collects nest materials, and female builds the next. Interior is sometimes lined with leaves. The nest is made with sticks, reeds, and rushes that form a large trampled platform over water. Several nests can blend together, forming one long platform. These nests are reused year after year.

Taking care of my babies!

Females lay 2 to 5 dull white eggs. Incubation lasts about 24 to 25 days, by both parents. When they take their turns, these birds perform deep bows to each other. Parents also bow to their young before feeding them. Young are fed by both adults, and fledge about 35 days after hatching. They still are fed for two weeks more after leaving the nest.

Straw-necked Ibis utters raucous, rolling calls when in flight. At nest, we can hear grunts, croaks and some barks. These sounds can be heard at great distance. This species is rather silent away from the nest-site.

What do Ibis’ eat?

Straw-necked Ibis feeds in shallow water, searching for aquatic invertebrates by probing or taking prey from the surface. It also feeds on the ground, eating large insects which are considered as pest by farmers. So, Straw-necked Ibis is also named Farmer’s Friend, because it destroys numerous pests off farm crops.