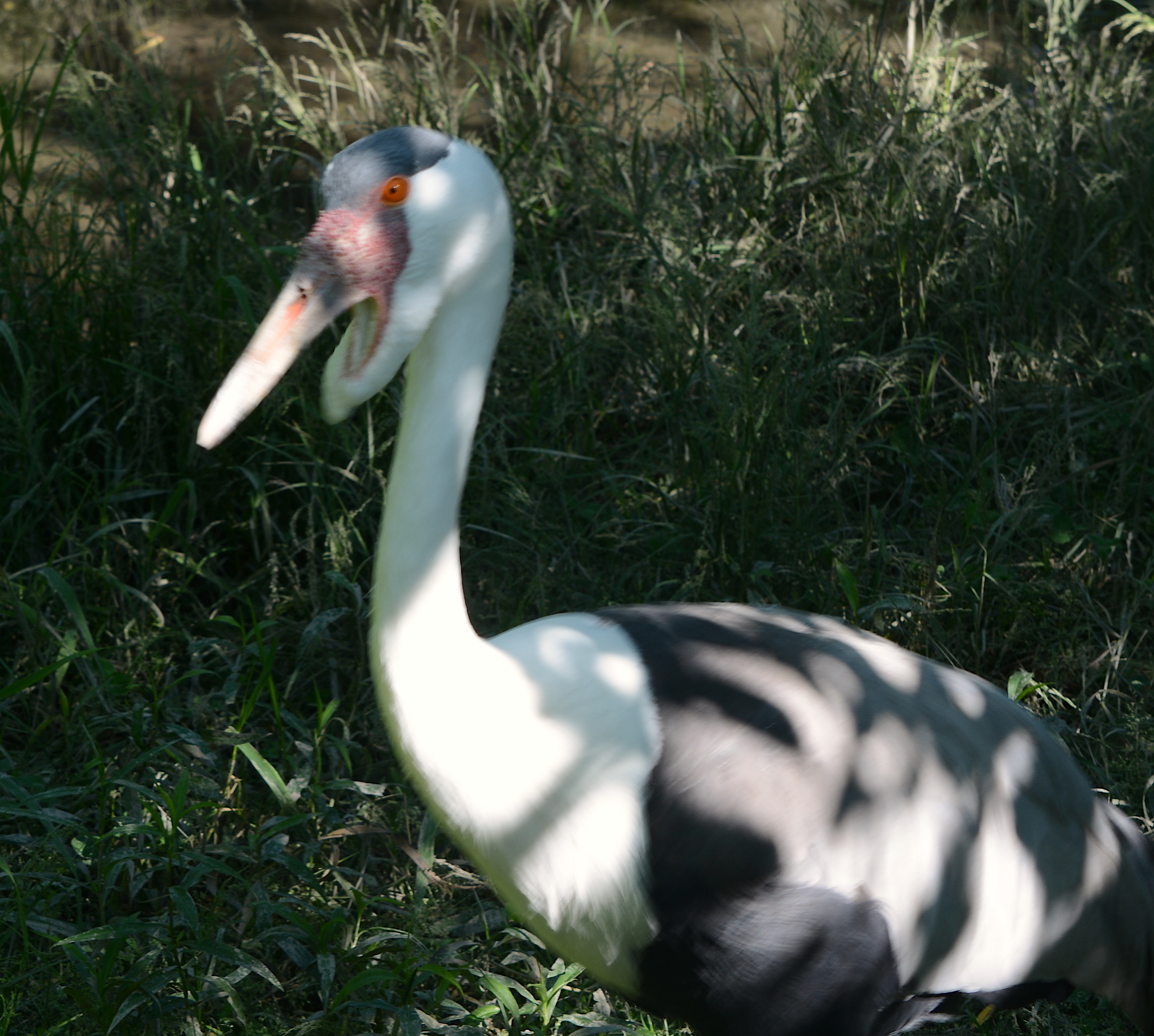 What are some characteristics of a Wattled crane?

The wattled crane is a large bird with a long white neck, gray body, black undersides, and bare red face with a black “cap.” Its name comes from the white wattles that dangle from its throat. The crane’s secondary, inner-wing feathers are elongated and look like a tail when the crane is standing.

How does a crane eat?

They have a breeding ritual

Like all cranes, the wattled crane performs an elaborate courtship dance, which involves bowing, tossing of the head, jumping into the air, and vocalizing between both birds. Pairs mate for life and live in flocks.

What a huge crane!

Wattled cranes utilize both visual displays and vocal calls to communicated with each other. Siberian cranes are the only other cranes that have a higher pitched call than wattled cranes. To make this high pitched sound, wattled cranes contort and move their necks. The female starts the call by lowering her head via coiling it near her shoulders then quickly extending her neck vertically with her head slightly angled in front of the neck. Her posture is maintained throughout the remainder of the call display, which is around three to seven seconds long. After she is done calling and starts movement, the male joins in by vocalizing in a similar manner. The female produces a short call in series, while the male produces a long and broken call with a series of short calls following. Like most birds, wattled cranes perceive their environments through visual, auditory, tactile and chemical stimuli.

Wattled cranes feed mainly on vegetation and insects; however, they have been known to eat frogs and snakes occasionally. Their main food source consists of water lilies and sedge vegetation. A large portion of their day is spent foraging through wet substrate. Upon locating a food source, such as insects or tubers, the crane intently probes its bill into the soil and digs. The crane will flail about using its large body as a digging force behind the bill. These cranes usually only dig as deep as their bill can reach, but they have been observed to immerse their entire head and neck under deeper water. (Johnsgard, 1983; Konrad, 1981)

Soft soil covered by shallow water is a prime location to dig for food. This digging action comprises most of their foraging activity, but they have been observed pecking, picking up snails, and stripping grass for other food sources. To strip grass, cranes will clench the grass stem with their bills and strip the seeds by quickly moving the bill upwards. Wattled cranes can often be observed feeding along side of lechwes, a species of antelope that utilizes similar plant resources. 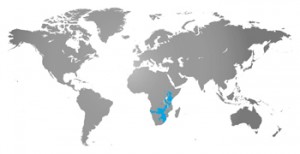