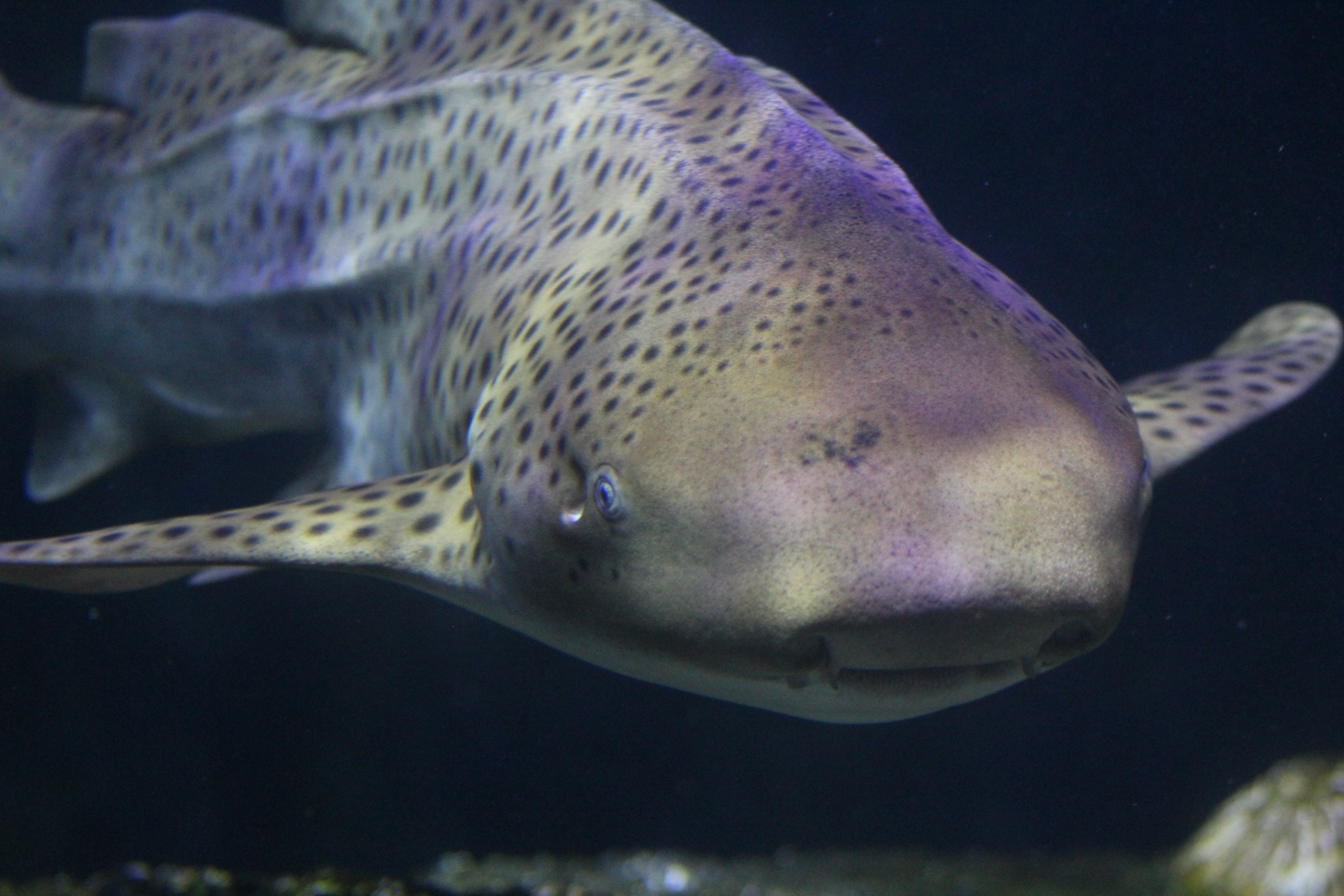 The Zebra shark is named for the stripes it displays while young. As the Zebra shark matures, its pattern changes from stripes to spots.

These sharks eat mostly from the ocean floor. Their diet includes shelled mollusks, like clams, but Zebra sharks may also eat smaller fish such as herring. Although their mouths are small, Zebra sharks have strong jaws that can crush mollusk shells. They usually hunt at night.

Although sharks have a reputation as aggressive predators, zebra sharks tend to take it easy most of the day. Even when hunting, the Zebra shark spends most of its time near the ocean floor and displays sluggish, easygoing behavior. A Zebra shark is not likely to harm humans in the wild.

Zebra sharks are also known as “carpet sharks” because of their bottom-dwelling behavior. Their tendency to stay close to the ocean floor keeps Zebra sharks close to their common prey (mollusks) and allows the Zebra shark long periods of rest. Zebra sharks can breathe without moving forward – they have the ability to pump water into their spiracles.