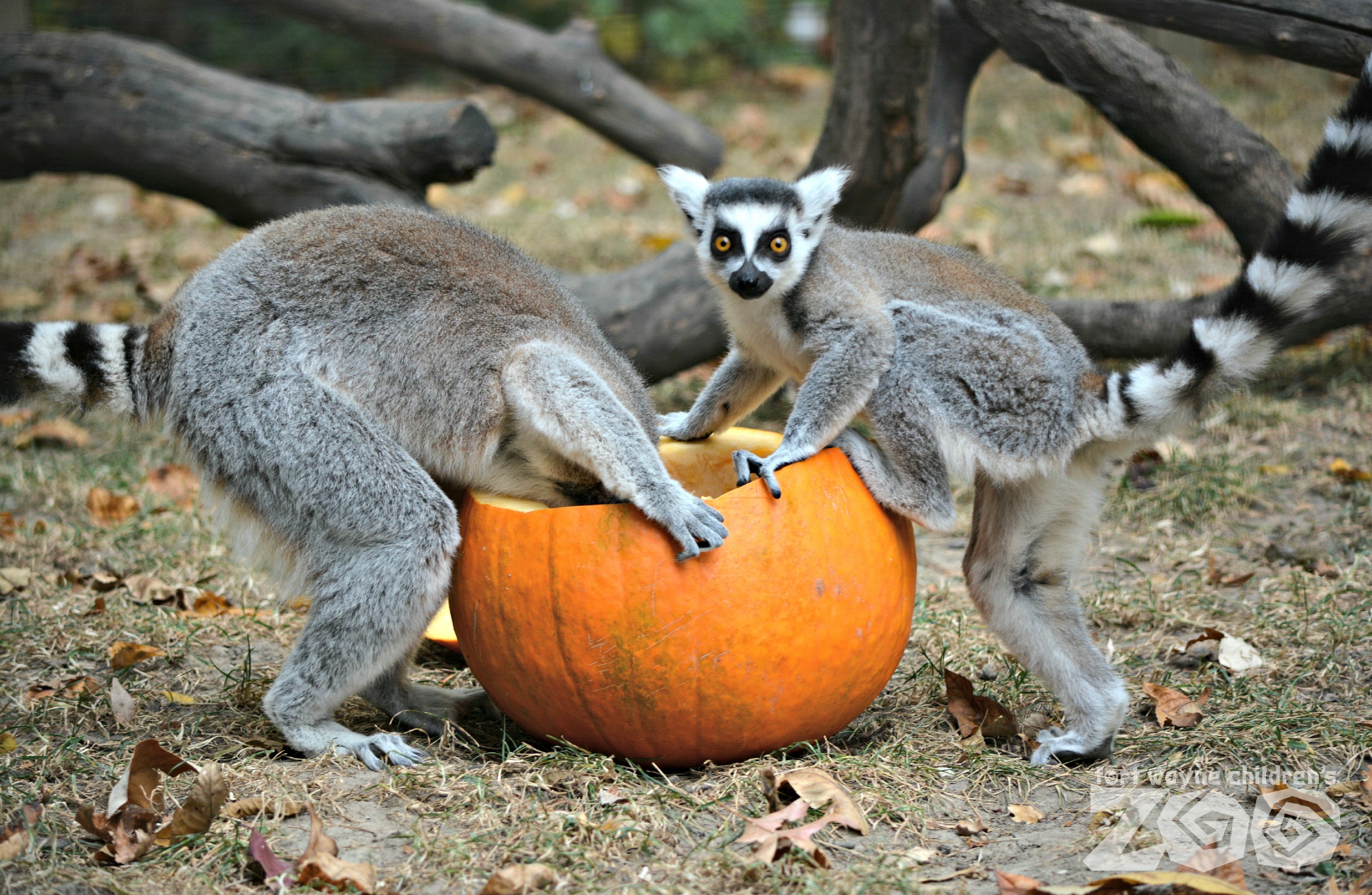 If you were at the Zoo last Saturday, you probably saw lots of animals with pumpkins in their exhibits. While this is adorable in itself, there is a purpose for the pumpkins besides just providing cute photos! Pumpkins were actually given as a form of enrichment, which are activities or challenges we give our animals to encourage behaviors they would naturally exhibit in the wild. Animals all over the Zoo were given pumpkins filled with treats or other Halloween-themed enrichment, all aimed to encourage their natural behaviors and allow keepers to educate guests about the enrichment process.

This year, Britni Plummer (Zoo Keeper, Aquatics) helped to provide enrichment for many of our animals. Every animal receives something different, depending on their individual needs. For instance, the dingoes were given ghosts and pumpkins to encourage their hunting instincts, and our red pandas received bamboo-stuffed pumpkins to encourage foraging. “For penguins, keepers made hanging bats out of cardboard and paper towels. This was to encourage their natural curiosity and chasing behaviors. They were a little skeptical at first, but they love to peck at and chase things that swing and move. With our sea lions, we wanted to encourage a natural foraging behavior so we hid frozen fish inside of small pumpkins. The sea lions had to push the pumpkins around or toss them in the air in order to get the fish out.” While sea lions don’t encounter pumpkins in the wild, this gave them a challenge and forced them to think creatively to get to their fish!

While we offer enrichment throughout the entire year, it’s always fun to do themed enrichment around the holidays for both the animals and the keepers (a little zookeeper enrichment, if you will). After all, who doesn’t love pumpkins?

Check out our animals receiving their pumpkin enrichment this year: