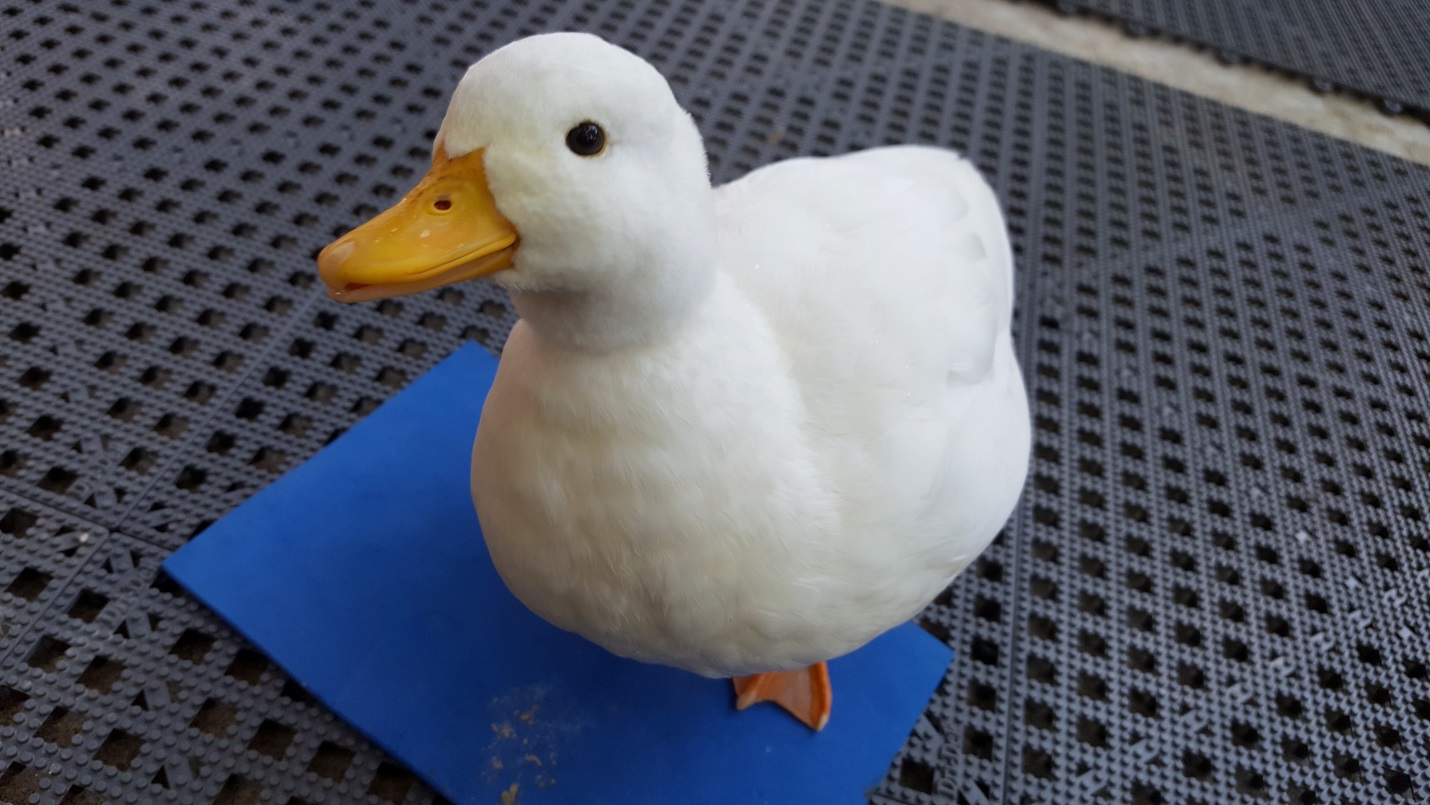 When most people think of training animals, they think of alligators, lions, or other exotic animals that would be difficult to handle. However, our keeper Maggie Sipe is here to tell you that is not always the case! Even ducks- a seemingly simple animal- take patience and dedication to “quack” the code to successful training! Here’s Maggie’s report on how our three call ducks (adorably named after “The Big Bang Theory” characters) responded to their training, and how they are doing now:

Three call duck clutch mates, named Sheldon, Howard, and Leonard, arrived at the zoo in April of 2014. They were wary of keepers and unsure of their new environment. A need for training was established and positive relationship building began immediately.

Before training could begin, it was necessary to get the ducks more comfortable with the keepers and to get them to accept food from keepers. For months, all keepers who worked in the area would spend as much time as they could with the ducks to desensitize them to the keepers’ presence. Pretty soon, they readily accepted food from the keepers’ hands and would anticipate the arrival of keepers by exiting the pool to approach them.  Now that reinforcement could be delivered, the call duck training program began. 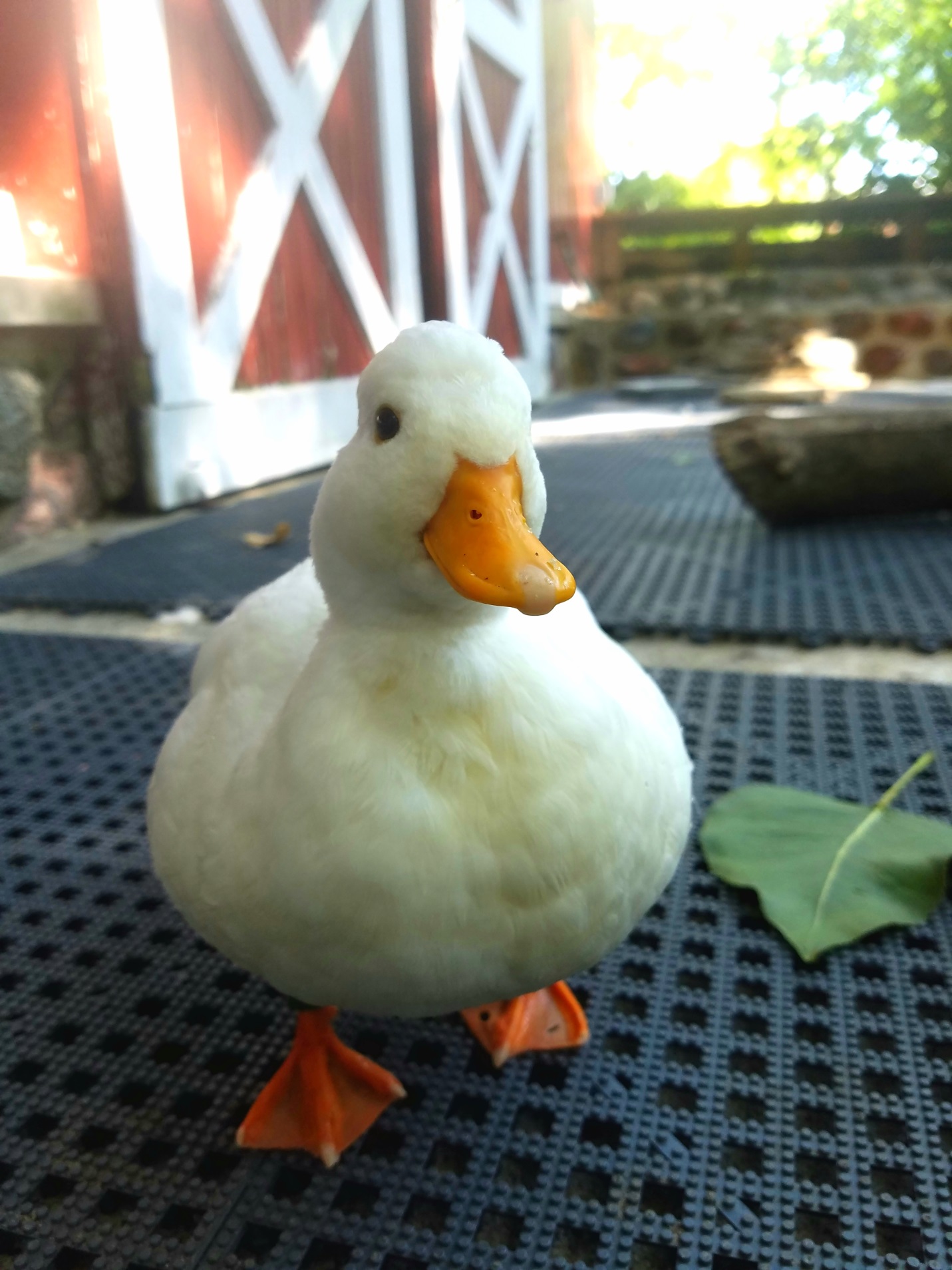 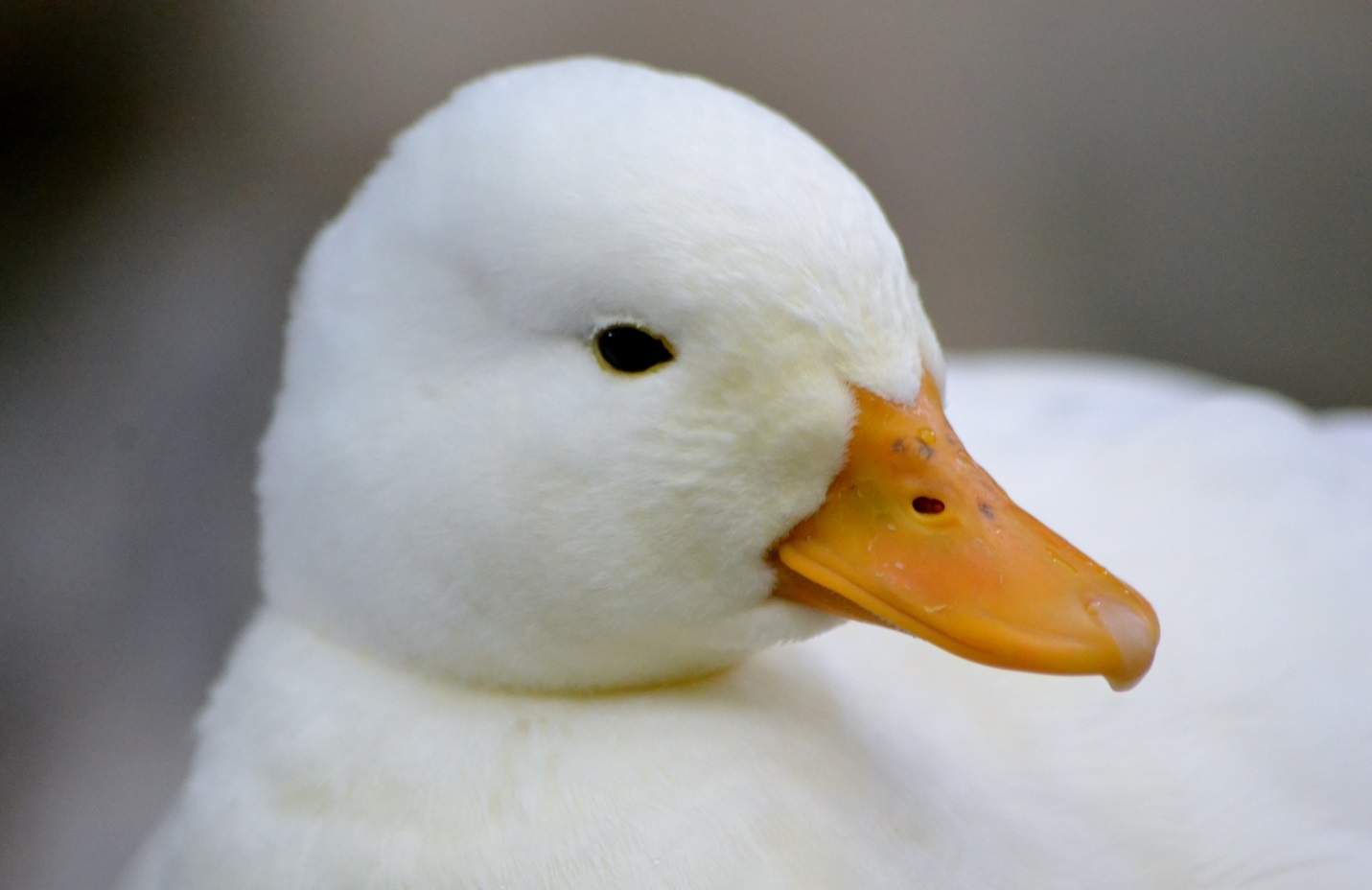 Training all three ducks at once proved to be a challenge, so individual training was pursued instead. Target training- getting the ducks to respond only to their specific target (corresponding to a color) was the first behavior goal for the ducks. The trainers believed it would be the most useful tool as a base for training.

Sheldon was the most dominant and food motivated individual at the time so training began with him. Sheldon was presented with the yellow target stick first. Through his natural curiosity, he pecked at it and caught on quickly that pecking the yellow stick led to a reward. Next he had to be taught that ignoring the red and blue targets led to a reward.  The trainer presented the red or blue target then bridged and reinforced before Sheldon had a chance to peck it.  Howard proved the second-most eager to participate, so he was trained next.  Sheldon remained indifferent to a second participant, as long as he received target training in the same session. The process was repeated with Howard using the red target stick. Having already trained color discrimination with Sheldon, the trainer applied previously learned lessons.  When Howard was introduced to the other targets, the trainer immediately reinforced for no reaction to yellow or blue.  This made the process much smoother for this individual.

Leonard was the least dominant individual and often displaced from food by his clutch mates.  To build Leonard’s confidence, the other two individuals were targeted out of the pool and heavily reinforced on the ground so that Leonard could train in the pool. Leonard was presented with the blue stick and quickly caught on that pecking it lead to a reward. By the time Leonard was ready to learn color discrimination, the other two no longer had to be separated out of the pool. It then became apparent that no training had to be done for this step as Leonard already avoided the other two targets.

Target training became such a strong and well established behavior that every time the trainer would enter the duck enclosure, the ducks would excitedly crowd around the trainer and run around displacing each other for opportunities to train, even fighting occasionally. This was the basis for the decision to train a station behavior next because stationing would be incompatible with running around and fighting. The criteria for the finished behavior would involve each duck calmly standing with both feet on their station mat.  The station mats were color specific which matched to each individual’s target color.  This mat could be moved throughout a session, and the duck would follow.

While the stations were successful in keeping the ducks in a relative location, they would not stay on station for any length of time.  A change in approach for station training was adapted from our sea lion training team and solved the issue. The sea lions at our facility are only reinforced once they have returned to station after completing a desired behavior and are calm for the acceptance of reinforcement.  When applied to the ducks, they would be targeted to a different area, but reinforcement was only given once they were back calmly waiting on their station.

The call ducks are vastly more comfortable in keepers’ presence after completing their training. The ducks are no longer fearful of enrichment items presented by the keepers and readily investigate new things. Keepers are able to observe their behaviors more easily and are able to determine the effectiveness of the enrichment towards eliciting natural behaviors. The ducks readily come out of their pool at night and shift into their indoor holding without the need of aversives. Monthly weights are recorded with no stress to the ducks at all.

The lives of these three individual ducks have improved greatly since the initiation of their training program. Giving the animals the choice to participate in their care has proved beneficial in improving the welfare for these individuals. Training these three small ducks has proved that every animal, no matter how big or how small, deserves a chance to have the choice and control in their environment.