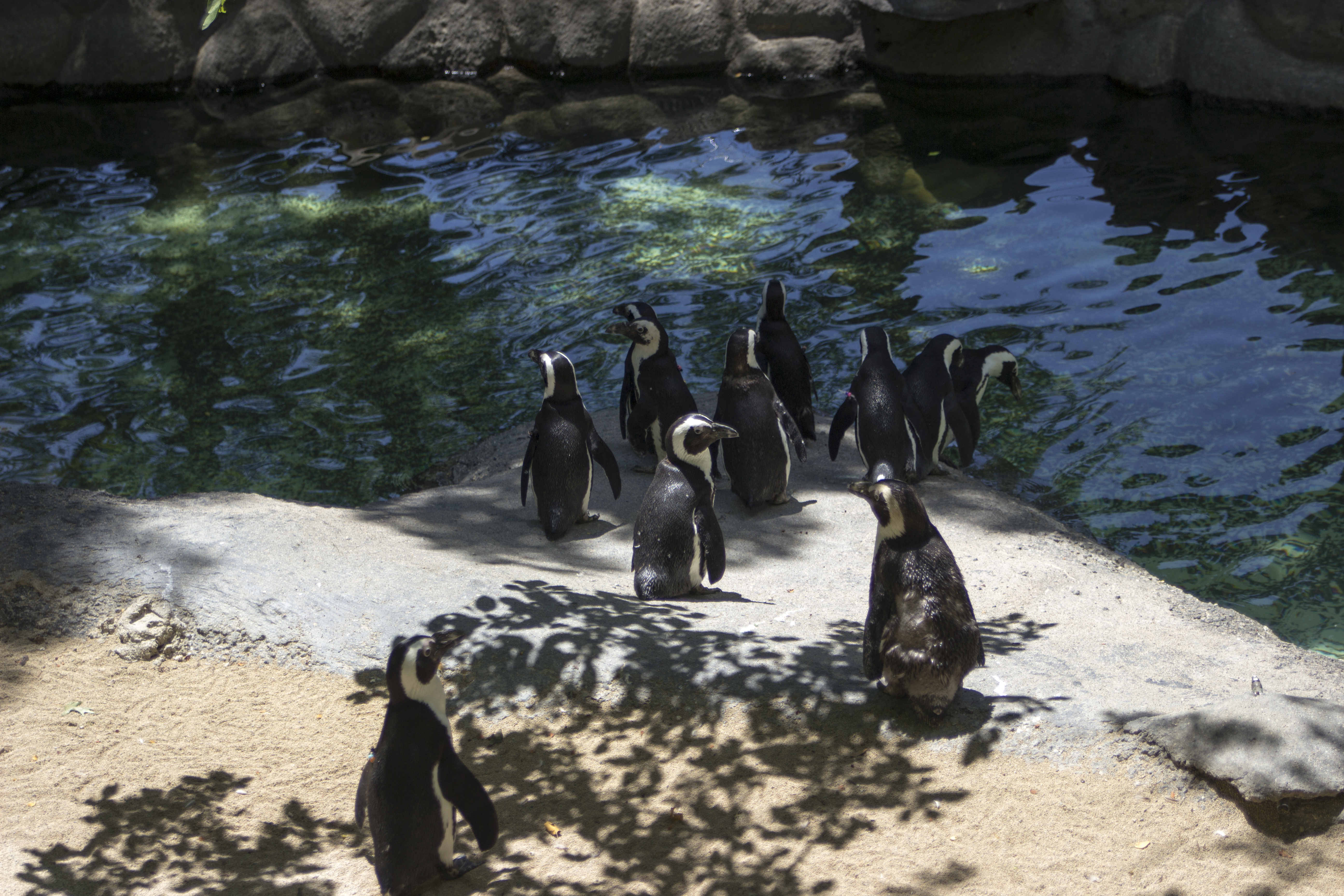 Home | Zoo News | Waddling Away With Our Hearts Part 2

After reading our first penguin post, you may think you’re an expert on our tuxedo-wearing birds. Well, you may be, but we’ve got even more fun facts about the lovable creatures.

A more commonly known fact about penguins may be this: our African penguins are known as “jackass penguins” due to the braying noise they make. You may have heard their donkey-like screeches when you visit their exhibit at the zoo, but there are a lot of other noises and behaviors they display that are important to their communication. For instance, one of the most popular displays is known as the vibrating head shake, which is where the bird bows the head, brings the bill close to the body, directed downwards and vibrates head from side to side. This can be used as a greeting between two penguins or as a courtship display between two potential mates.

Another important behavior is the “ecstatic” display, which is used as a territorial gesture between males to advertise ownership and availability for pairing by performing this display. The bird stands erect and slowly, deliberately, stretches his head and bill skywards, bill opening as head is raised, flippers raised until nearly horizontal. Breast and base of throat heave silently, then develop into throbs, then full braying with head thrown back, bill wide open, flippers beating back and forth in time with breast heaving. The display may last for up to a minute and the period of the display may last an hour or more with 12 or more displays in succession. The ecstatic display can also be made by mated males alone or in the company of their mate, and after an encounter with neighbor or rival on site. Braying and hissing can also be used by juveniles toward adult birds to communicate various things. 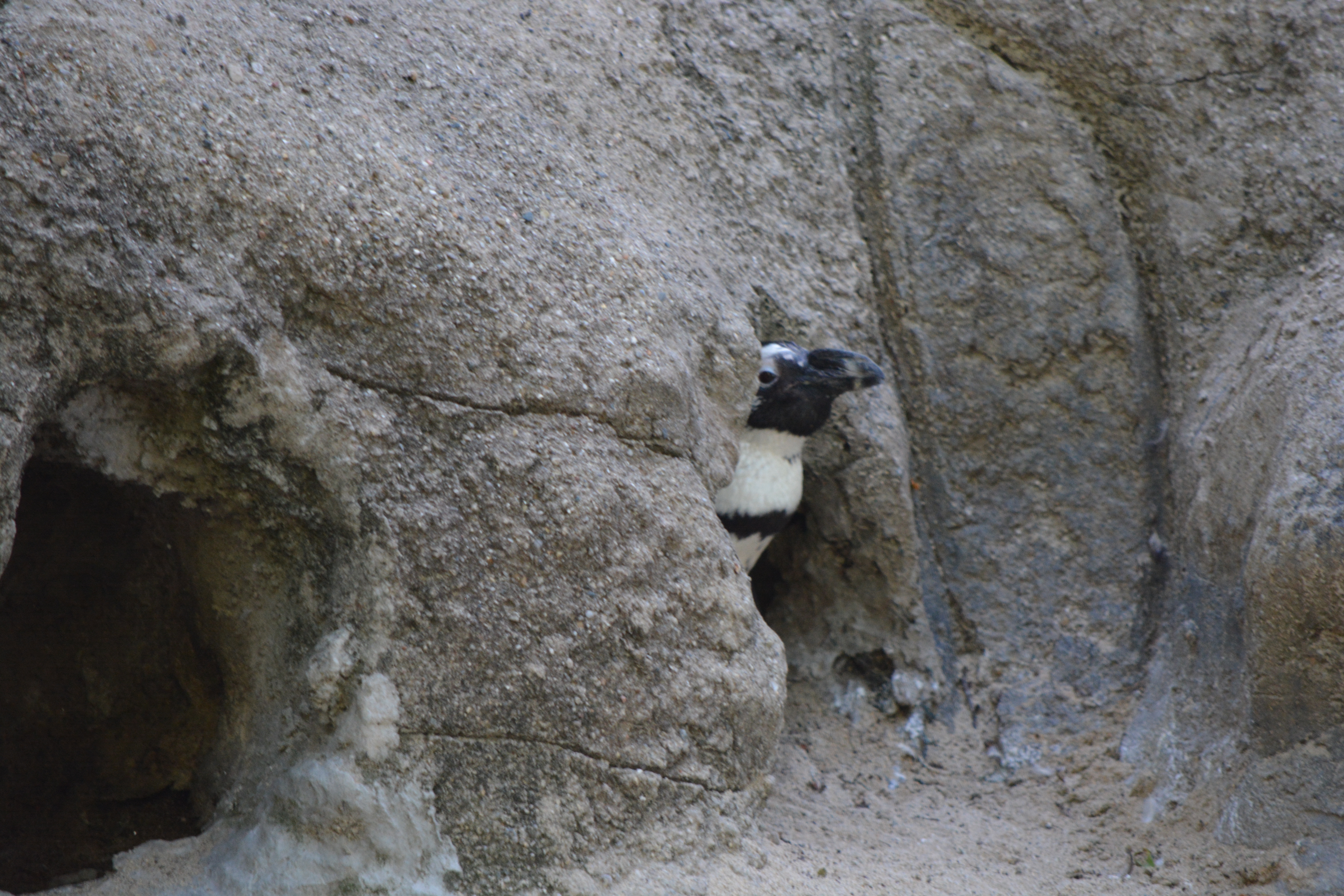 Since our penguins are extremely social birds, they usually stay very close together. Although one may wander a little farther away to explore a new part of the exhibit, they usually come back to the main group very quickly! Even in the wild, African penguins form large colonies on land to reproduce, molt, and rest together.

Although panting and using their special glands above their eyes helps them to cool down, sometimes our penguins like to take a good ole’ fashioned swim to beat the heat. In the wild, African penguins spend most of their time in the water foraging for food, but also use the cool water to bathe and cool down in! In the zoo, our penguins don’t have to hunt for their food, but you can often find them swimming laps just because they enjoy the water so much.

Besides being cute and interesting, our African penguins also love to have fun! Although they are often found burrowing with their mates in the shade near the back of their exhibit, they also love to chase things. Sometimes you can see them waddling quickly, trying to catch flying insects! In fact, they all love doing this so much that one of their enrichment activities involves blowing bubbles and encouraging the penguins to chase them throughout their exhibit. Spend some extra time near their exhibit and see if you can catch them in the act displaying any of these cute behaviors! 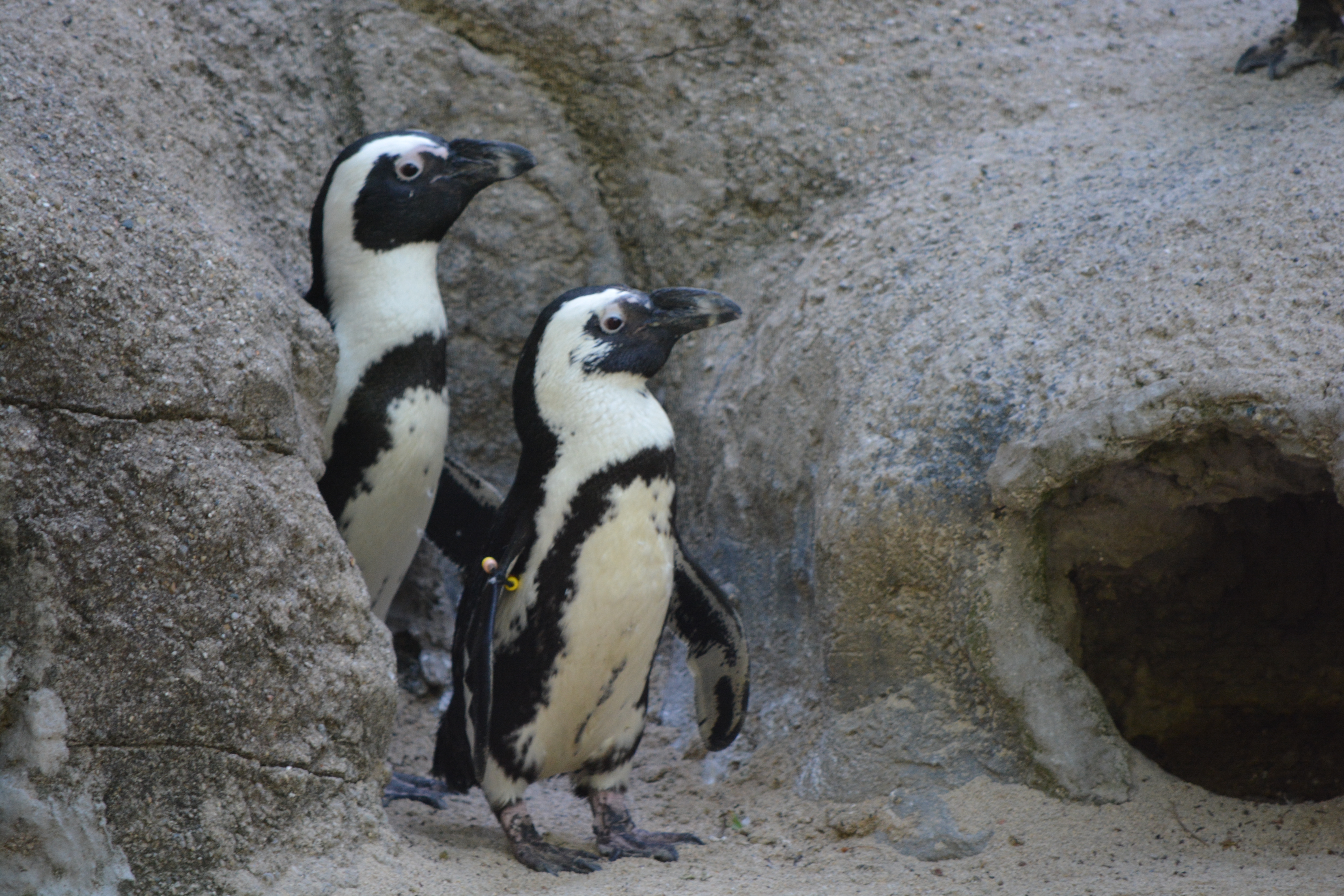 The #InvestInTheNest campaign that we have partnered with for the past month has seen amazing success! Although the original goal was to reach $150,000, that total was exceeded before the official end of the campaign! As of June 16, the last day to donate to the cause, the total pledged is $181,568!! We’re so grateful to everyone who donated to help save this vulnerable species. If you don’t know about the Kickstarter campaign, it was started to help raise funds to build artificial nests for the African penguins in Southern Africa. Due to over harvesting of penguin guano, which is used as fertilizer, penguins are left with nothing to build their nests with, and have to resort to building them out of trash and other less than ideal materials. This leaves the new penguin chicks vulnerable to predators. But thanks to support of people like you, we will now be able to build 2,000 hand-made nests for the penguins who so desperately need them!

We love our adorable, fun, and spunky penguin friends, and know that you do too! Donating to causes like Invest In The Nest is a great way to help this endangered species, but supporting your local zoo and all zoos and aquariums that house African penguins is another good way to help out. If you visit our zoo, be sure to stop by and see the penguins in their exhibit- but be careful, because they just might waddle away with your heart! 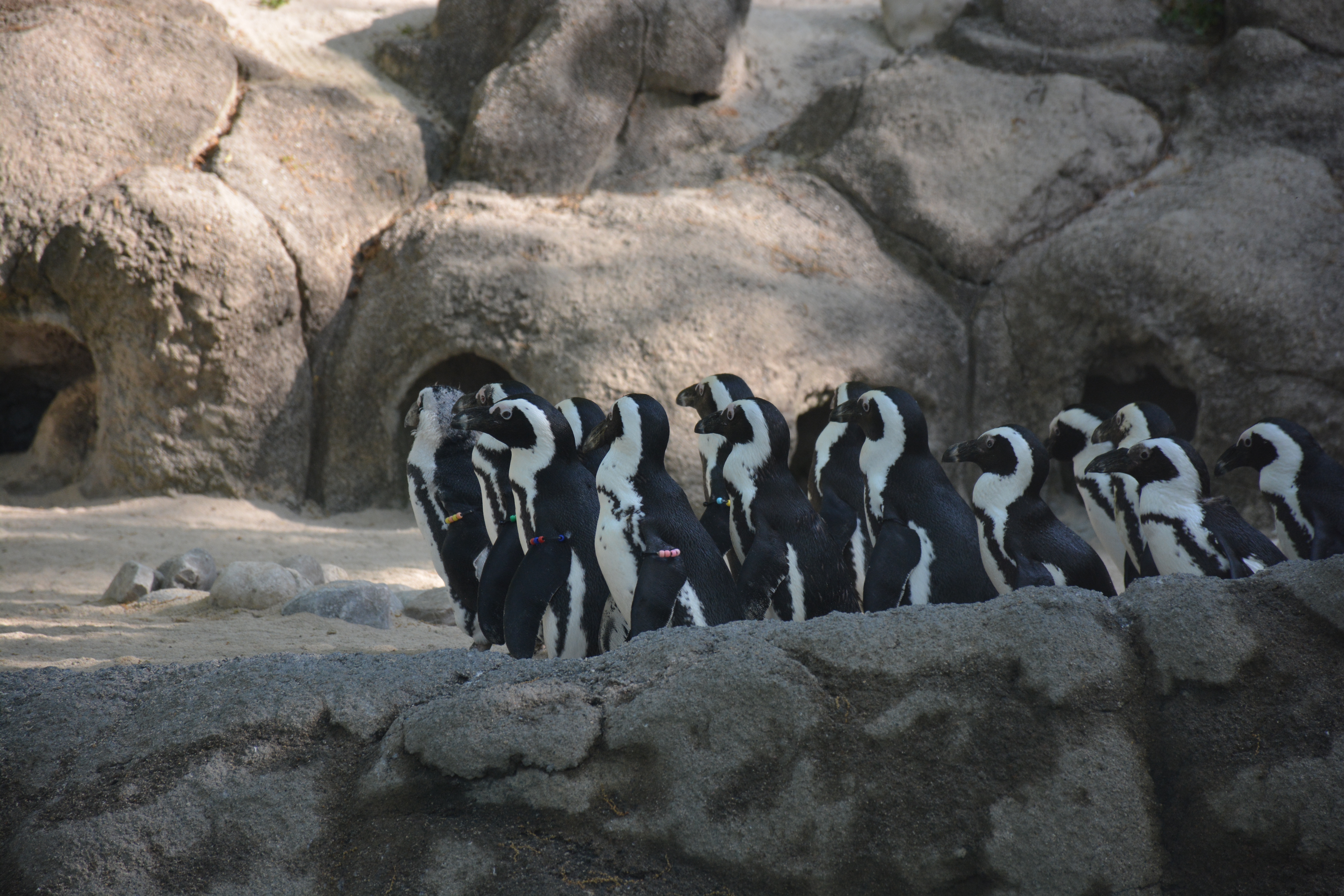